Parklane Academy, a parent-governed, college preparatory school, exists to challenge young Christian men and women to love others as themselves and to grow in knowledge and skill in order that they may serve others through their character and leadership. 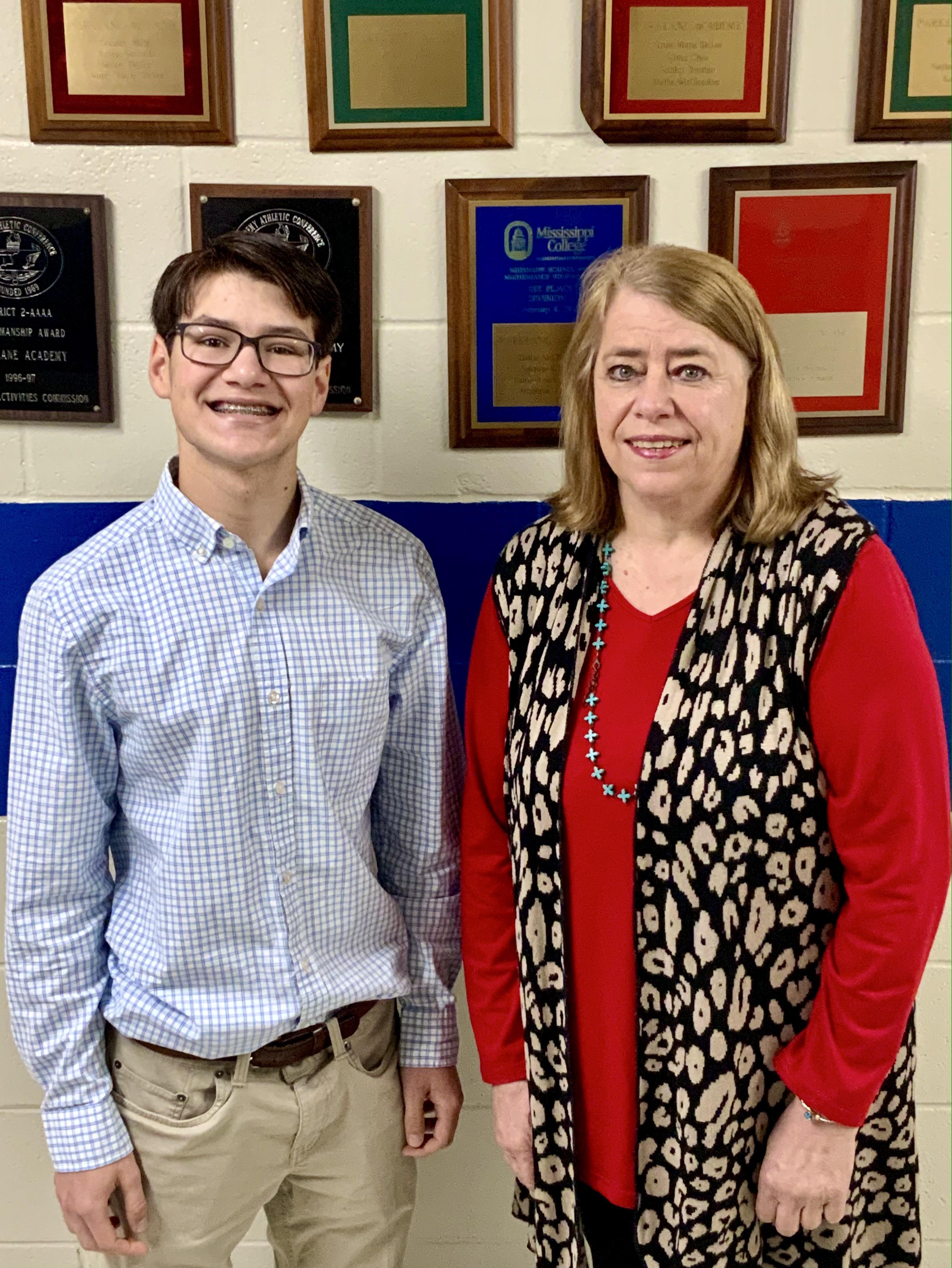 Walker Willis was named STAR Student for the 2020-2021 school year by the MS Economic Council M. B. Swayze Foundation. Walker named Carol Reeves as his Star Teacher.
Walker is the son of Dr. Turner Willis and Mrs. Barbara Willis. He is a member of the National Honor Society, Parklane’s ACT 30 Club, and Mu Alpha Theta. He was involved with Boy Scout Troop 124 for seven years where he attained the rank of Eagle Scout and is a member of the Order of the Arrow. Walker is an active participant in Parklane Academy’s band, Science Olympiad, and tennis programs, as well as captain of Parklane’s Quiz Bowl team, which won the Mississippi College Academic Championship last year.
Walker is also a four year participant in FIRST Tech Challenge Robotics where he has competed in the world championship and is the co-founder and captain of his current team. He has volunteered at Hood Scout reservation, Camp Sunshine, and Adele Cub Scout Camp. He is also an active member of Centenary United Methodist Church, where he helps run the video and audio.
Walker plans to attend Mississippi State University to pursue a degree in mechanical engineering.
Read more SPOTLIGHT

Make it easy on yourself and purchase boxed school supplies for next year.